It is going to be really tough for me to summarize my time in Costa Rica.  It was a huge race to get there, yet I found it nearly impossible to leave.  The feel of the place changed immediately from Nicaragua.  Everything got expensive, and I hate to say it, quite a bit more like the United States.  But the beauty is immeasurable.  It seemed to me that every inch of the country is packed with physical beauty to the bursting point.  From the immaculate white sand beaches to the smoldering volcanoes to the funky caribbean side all within a days drive, it makes for exceptionally stimulating touring. 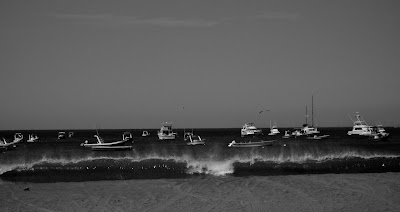 I woke up to Playa Coco and set out to meet Ben and Kaitlin and try to sneak into the new Riu all inclusive hotel they were staying at.  After some strategy forming alongside the road, we decided I'd just ride through the gate and we'd figure it out from there.  After some serious negotiation we got the manager to hook me up with a day pass bracelet for $50 US. 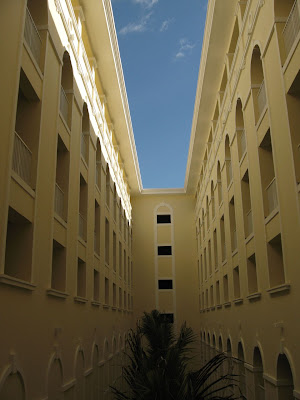 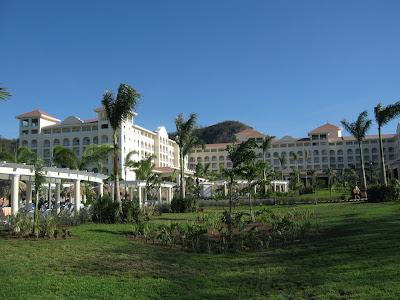 Being at a full-service luxury hotel was a bit of a shock to my system.  But after a couple cocktails and a swim in the ocean, I was ready for some serious time in front of the poolside bar. 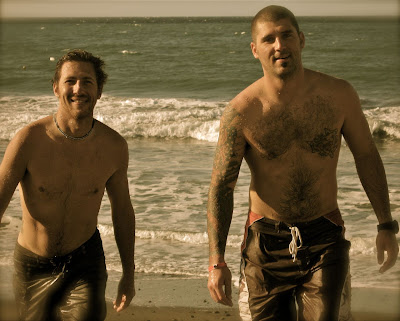 I mean how can you go wrong with a bar, a pool and sunshine.  Well then throw in the nearly constant attention of the bar staff and any drink you can think of in your hand before the last one is gone and you have the beauty of the all-inclusive vacation. 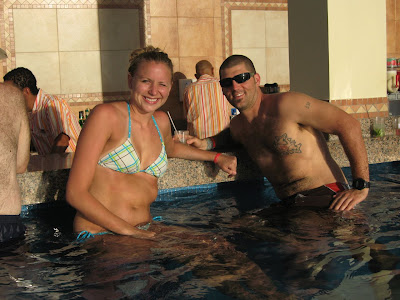 Ben and Kaitlin had a little game of "dunk the unsuspecting" going on. 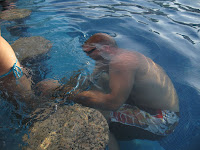 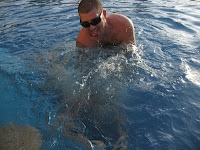 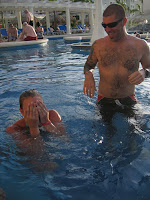 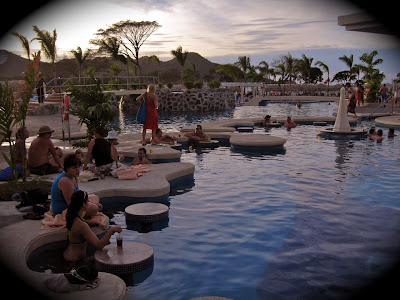 We had a great dinner that night and met some philanthropic fans of my trip.  Later Ben and Kaitlin snuck me up to the room and piled onto the King Size bed.  In the morning I was more than content to hang in the room and get caught up on the internet.  Ben and Kaitlin would sneak me up food and beverages and we avoided the staff for the rest of the day.  I snuck out under the cover of darkness and rode back to Playa Coco.  It was great to hang with my brother and his girlfriend.  The big push was totally worth it. 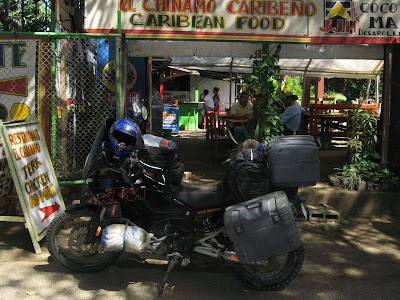 In most places I find a restaurant that I end up frequenting.  In Playa Coco this place was JJH Barbeque & Caribbean.  Jerk chicken and smoked pork to die for.  Icy Imperial.  What more could you ask for?  This guy cooking your food... 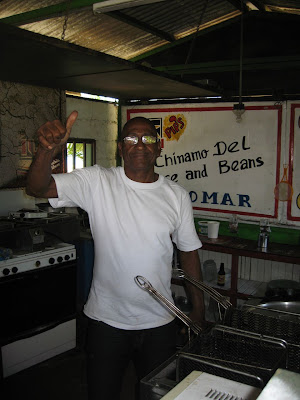 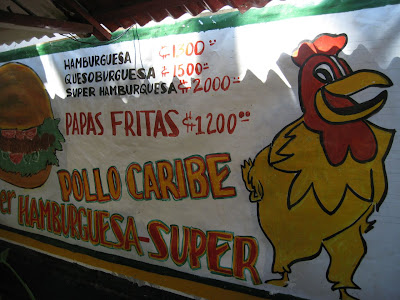 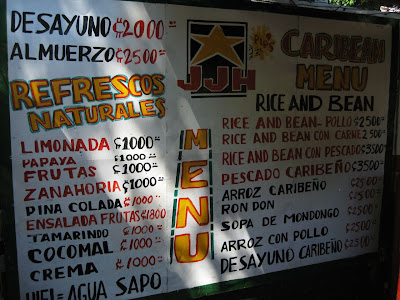 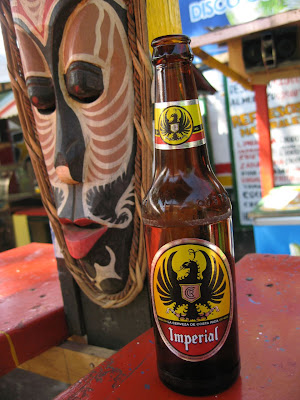 After a tasty lunch I set out to ride the back roads to Playa Tamarindo.  "Tamagringo" as it is affectionately and appropriately tagged was made famous in the now classic surf film 'Endless Summer 2".  Now it is full of tourists and the infrastructure they demand.  A great beach for learning to surf, good overpriced food, and some surf icons and plenty of bikinis and local surf boys riding bmx bikes around whistling at them.  Iconic Costa Rican surf town gone crazy. 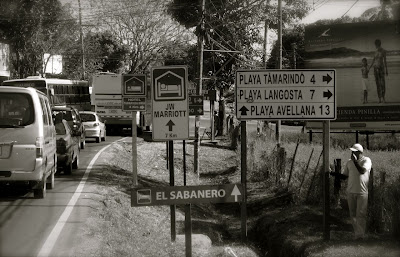 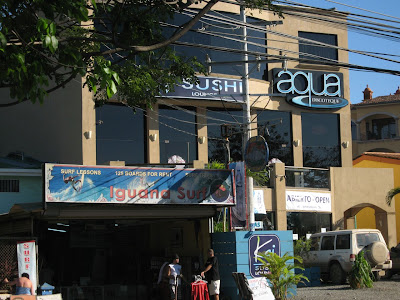 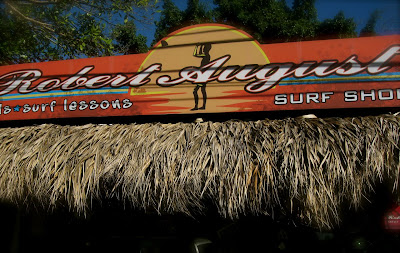 While driving around looking for a hostal, not sure I really wanted to stick around here, I made eye contact with a guy around my age sitting in an Isuzu Trooper.  He was waiting on the corner with his driver side door open.  Looked like the perfect guy to grill for where to stay.  Barney told me to head out of town for Playa Avellanas.  He told me of a hostal named Casa Surf that had great food and was nice and quiet and the beach was great.  Barney was a straight shooter telling me that he was partial though because that is where he and his Argentine wife and little boy live.  It sounded like exactly what I was looking for.  After the spoiling I got at the RIU, I was looking forward to the simple life of hostal living again.
When I rode into the collection of a couple houses at Playa Avellanas, I saw this sign and knew I had been pointed in the right direction. 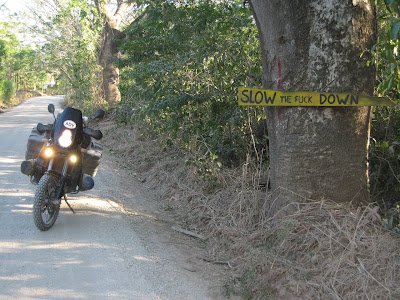 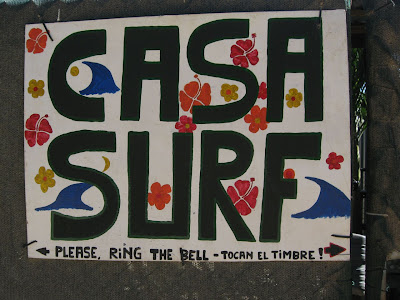 I got settled in at Casa Surf and then headed over to check out the beach. 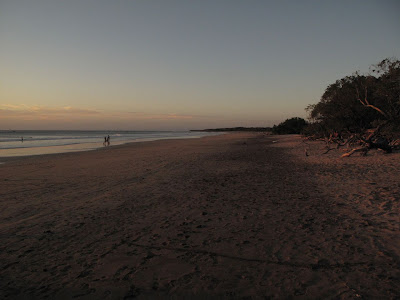 It was beautiful, nearly empty and the waves were rolling in perfectly with a gentle off-shore breeze.  I stripped down and put on my surf trunks for a sunset swim.  I bumped into Barney while bodysurfing the perfect waves.  I got to meet his pregnant wife Oregelina and his little boy while watching a picture perfect sunset commence. 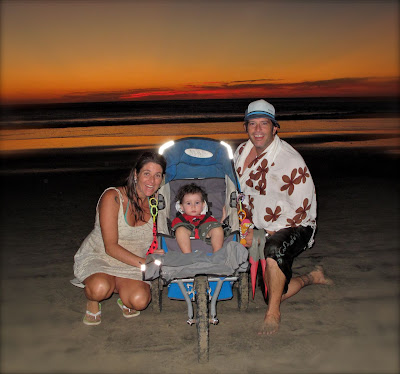 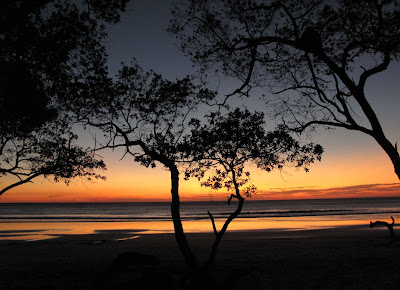 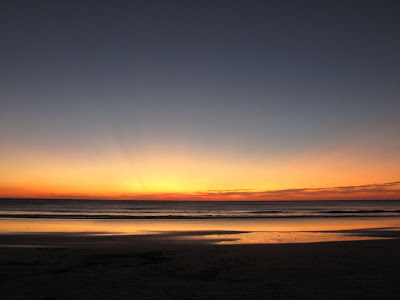 A great couple of days indeed.
Costa Rica :  PURA VIDA  The saying was starting to make sense.
Posted by -g. at 11:58 PM

you got some great photos going on buddy!