Some Eye Candy from BAJA California...

I've been rallying the Baja for over a week now.  It seems like a decade since I was hastily packing up my belongings in the Colorado snow.  All of the pre-trip anxiety and chaos a mere memory.

So here is a brief photographic interlude since internet connections have been few and far between and none very fast either... 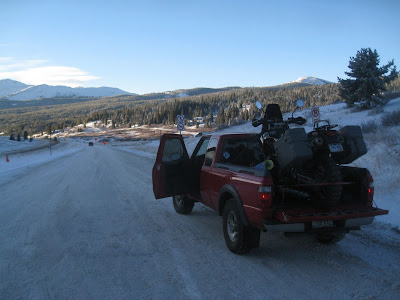 Here is rojo with my KTM 950 Adventure loaded up.  The early winter snowstorm that nailed Colorado right before Halloween put a damper on riding from the house in Edwards.  So I had to load up and bring the bike and gear down to Colorado Springs, where I finished my pre-trip prep at Casa de Johnson. 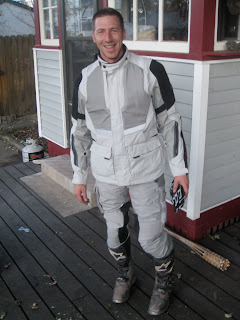 Here I am in my brand new Rev-It Motorcycle suit.  We dubbed it "The BIG Gay Motorcycle Suit".  If it weren't for the excellent protective qualities of this gear, there is no way this would be my outfit of choice.  Luckily it is already totally filthy and is starting to look a lot cooler. 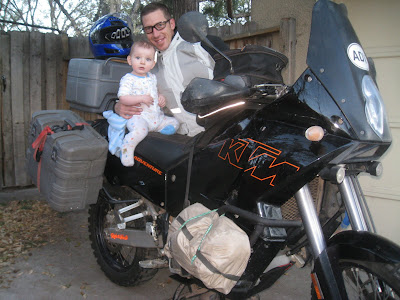 My new little hero Lincoln Michael Johnson getting his first taste of motorcycling.  As you can see by the look on his face, he thinks I'm as crazy as the rest of the Johnson Family does. 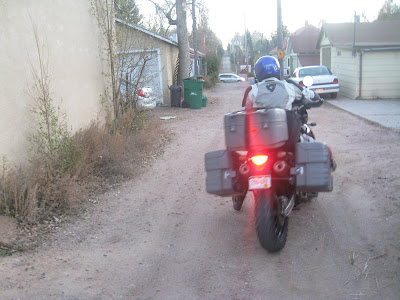 Pulling out of Colorado Springs.  Effectively on my way out of Colorado.  I left at sunset.  Typical "g." style.  Managed to let the day get away from me pulling together all the loose ends and decided to leave anyway.  The ride to Santa Fe was so cold that by the time I pulled into the Sante Fe International Hostel at 10:30 pm my jaw had seized up from shivering.  Not the first time I've frozen myself on a motorcycle and certainly will not be the last, but it never gets anymore fun. 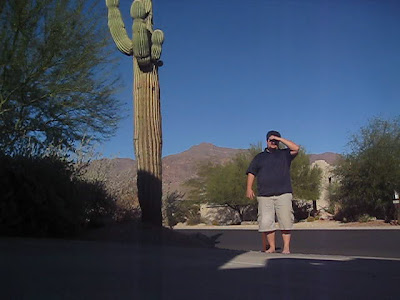 Not sure if this will load up or not but this is a time-lapse of me getting ready to leave Phoenix, Arizona from Casa Heideman.  Steve and Jean hosted my launchpad from the U.S. in their Gold Canyon house.  The only bad thing about including this in my plan was that their place was so nice, I didn't want to leave. 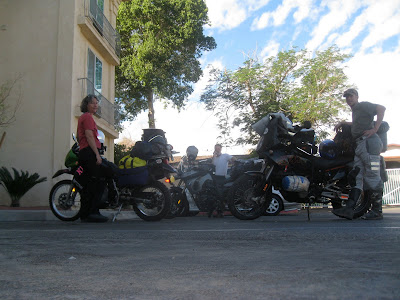 Once again I rolled out of Phoenix at Sunset and rode through the darkness to Calexico, where I was to meet up with Al Van Dyke and Shelly (last name unknown) two folks I met through ADVrider.com, a website dedicated to this crazy style of motorcycle touring.   I arrived in Calexico around 9pm, ate some nasty KFC and checked in to the hotel room.  This shot is from the next morning before heading to the border to cross into Mexico. 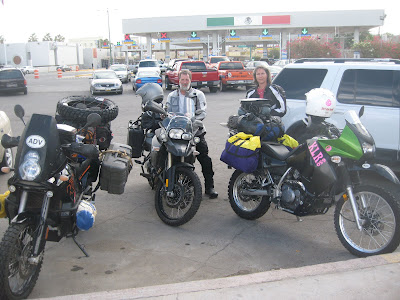 Here we are at Border #1 at Calexico-Mexicali.  We got our Tourist Visas here and then found out that we would have to ride several miles to the East to get our Vehicle permits at the Mexicali East Border crossing.  Instead of waiting in line to get back into the U.S. we ripped through Mexicali. 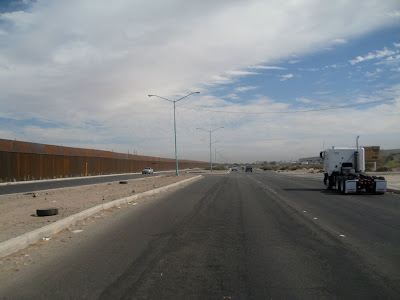 It was a really scenic ride.  On the left you can see the border fence.  It was an eye-opening and rather uncomfortable looking vista.  The fence ran uninterrupted between the Mexicali East and West border crossings.  I was in Mexico.  The only thing that made the fence a little more bearable was the US Passport in my pocket.  It would be such a different story being on this side and not being able to go to the other. 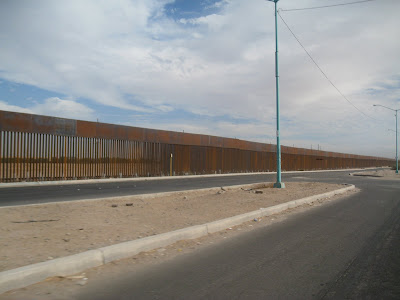 At least you can kind of see through.  You just can't go through.

From here we B-lined it to San Felipe and then pushed further south to Puertocitos, where we paid $20US to camp on a beach in a little pueblo with a locked gate after 10pm.  This was our first night camping and though the price was pretty much a rip, we did get to wake up... 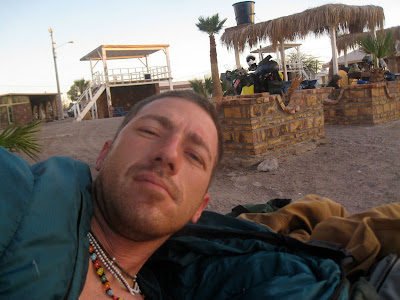 to this epic view... 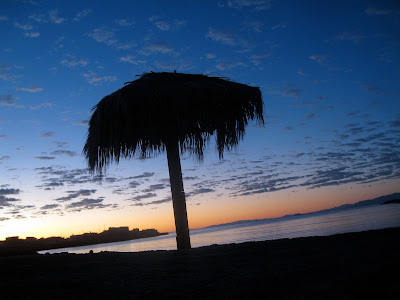 Stay tuned.  The next episode will get into the epic riding on Baja.  More sights.  For now I must get some zzzz's.  The riding has been tough today.  We're in Cabo, but we took the hard way here.  The photos keep getting better as does the story.  So hopefully this little teaser will keep you coming back for more.
Posted by -g. at 10:15 PM

Rad G! I'm following along with you brotha!!!!

nice way to wake up, love it.