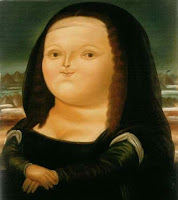 Peru was rocked by a gigantic earthquake yesterday. The epicenter was nearest to Pisco and Ica, which are south of the capital city of Lima. Lima was also affected. I have yet to hear from my friends there to see if everyone is alright. I'm assuming that the internet connections are either down or completely jammed up as people are recovering from the shock. I was in Lima a short 6 days ago and will be returning there on the 24th of August. Crazy. What is really weird is that the majority of deaths, like 85%, occurred in churches as people were praying on a religious holiday. Makes you wonder, huh?

On to much brighter topics... The Andes are getting blasted by snow right now. Feet of it. It is absolutely gut wrenching for me to watch the copious amounts of fluff pile up and not be able to strap on the boards and rip it up.

Last night was a true test of patience and a glimpse of human condition. I needed to take a bus down from Valle Nevado to Santiago to keep my trip rolling on. I said goodbye to Zach and Brendan, who were stoked to see the snow still piling up. I got into my crowded bus and squished into my seat dreading the couple hour drive down the mountainside in these horrible driving conditions. I made small talk with a lady that I'd pissed off getting into the bus, by making a comment about having to sit with stinky tourists. She was jewelry designer from San Francisco and had a Tumi suitcase bigger than the storage unit all my stuff is jammed into in Avon, a rabbit fur coat and tight little jeans on. Hot! Except she was sixty. Yeah 60, a far cry from the 16 year old I'd been hitting on only days before. She was witty as all get out and wanted to tell me about how she is a flower child and had smoked herb her whole life. I don't know if it was the Alpaca wool sweater, the dirty down vest or the beer in my hand that made her want to be accepted by me as a pothead, but I couldn't help but to think, "what happened after the 60's?" Here is a prime example. Imagine all of the idealism that was welled up in this lady in her 20's... And now here she is telling me how it was and how everyone was going to change the world, wearing fur and complaining about the condition of the bus. Yeah her generation is changing the face of the world... his name is George Bush, Jr.

So about 15 minutes into our approximately 2 hour ride down the switchbacked mountainside, we came to a complete halt. Ahead of us stretched a caterpillar of red brake lights in the near blizzard like snowstorm. Here we sat for an hour unmoving. Rumor travelled up the halted caravan that there were several accidents ahead. The mood in the bus shifted.

Earlier in the day, Zach and I popped into the cafeteria at the base of the mountain for a quick burger before my departure. As we were in line this boisterous and quite annoying american guy butted in front of us to talk to his wife. He was spouting poorly pronounced spanish at the counter worker and talking really loud and fast in English to us apologizing shallowly for interrupting the flow of the order line. I thought to myself... "Thank God I don't need to be around this guy very long..."

Guess who was sitting just on the other side of RabbitFurHottie? Yeah you know it. His name is Bruce Taylor as he was sure to let everyone know as he rattled off all of his accomplishments and connections. The funny thing was that it seemed he was jacked on cocaine. He talked really fast and he repeated everything he said twice. For emphasis? Or just because he's a crazy autistic crackhead, but supposedly he is one of the partners in Mt. Baldy ski area in California, which I doubt, based on the 1980's ELAN fanny pack he had on. And he is a non-practicing attourney because he couldn't stand all the nerds in school, but his professor used to quote him in class because of his incredible grasp of the theories of law. blah blah frigging blah. He wanted to sell me his gem of a miniranch by Telluride and what he couldn't stop talking about was that he had an epiphany 5 years ago and started to sing and write in spanish. And now the guitarist from Iron Butterfly had joined his project and they were tearing it up. He procured two demo cd's from his 80's backpack and proceeded to flaunt them around to everyone. Now keep in mind we're at a dead stop stuck in a snowstorm in the Andes. RabbitFur keeps freaking out about how she's going to miss her plane and she has important meetings... And FastTalker, Bruce Taylor is going to be the rock and roll revolution that Latin America has been waiting for.

Another hour passes and we haven't moved. The anxiety grows in the bus but FastTalker hasn't quit talking. He asks me if we have to worry about the fumes in the bus. It smells a little bit of diesel from sitting idling here. I tell him if he calms down and slows his breathing that it will affect him less. He seems a little bit offended but I hold to my medical reasons for him to shut up. He does the opposite of course and starts on about his band again, "Verdad y Realidad". I'm getting really burned out on this guys non-stop ranting and I'm trying to find a way to shut him up short of kicking his ass. So I say, "Hey man the bus has a cd player. Let's hear your promo cd." All of the other captives turn and say Yeah. All thinking maybe this will shut him up. By the way this guy is like fifty, his wife has looked terrifyingly embarrassed this whole time. As we all push to hear the cd, he turns bright red and goes on about how he and IronButterfly guy have made a pact with each other not to play the cd unless the sound system is worthy of the divine sounds recorded within... Blah Blah.

It was pretty obvious why he didn't want to play the cd and I left it at that. He toned down a bit after having his bluff called out. Obviously he was better at telling his story than he was at making music. So the craziness continues. We are now two and a half hours in the bus and only a half our into the real distance to be covered. People are getting hungry and thirsty and they are starting to freak out about the reality of being stuck on the bus all night. I put my iPod on and turned the volume way up. I cuddled up to RabbitFur and went far away from that bus.

When I woke up in Santiago, it was six, yes 6! hours after we'd left Valle Nevado. Had I known what was going to happen I would have chilled with Zach and Brendan and had another relaxed night in the tiny little ski town of Valle. Wandering around the base of the ski area looking for the non-existent single women and seeking out the non-existent nightlife. But god so good to be off the bus, away from the psychos and looking into the rainy Santiago night for my cab ride to my warm hostel Bellavista.

When I walked in to the hostel, I checked in with a breeze and that is when I found out about the Earthquake. I guess the moral of this long-winded story is to allways keep in mind that things could be worse. Try always to look for the bright side of things and the redeeming qualities in humankind. Live Love.

Is it possible that Bruce Taylor is Howie Day's biological father?

Great to hear you are OK dude. Jeannine and I were worried! Keep those South American Senoritas honest my brotha!

I'm glad you didn't get squished.

heide and teal... thanks. i feel for those that did but i´m way south and safe and sound.

I had to reply to this post, here is why:

Last night (Aug. 19th) I arrived back home in Des Moines and my girlfriend Shannon came over to hear all about my trip to Chile. I told her how difficult some situations were for me since I don't speak a bit a spanish. I started telling her about our day spent at Valle Nevado on Wednesday the 15th.

As my buddy Sam was renting some equipment, I was gearing up inside the rental building and was excited to hear a couple next to me talking in English. "Where are you from?" I said. The response: "Santa Barbara, California". And so began my brief, but seemingly long, conversation with Bruce Taylor.

I began telling Shannon about this guy's band that is "the only true rock and roll band in America that sings in spanish." I recalled the name of the band, Verdad y Realidad and decided cruise google looking for any info on the band. Of course hardly anything came up on Verdad y Realidad, but I did find your blog. I was shocked to see your post about this guy on the same day that I met him. Everything I had just described to Shannon was in your post: his "revolutionary band", trying to market the ranch south of Telluride to me, his embarrased wife.

I'm sorry you were stuck going down the mountain with him in that traffic jam. That same traffic jam put us into our hotel in Los Andes north of Santiago at 2:30 AM which pretty much forced us to cancel our Thursday trip to Los Penitentes across the border in Argentina.

Enjoy the rest of your trip!

Holy Cow, now what can you say about the power of the information superhighway. That is incredible and I really appreciate you leaving this comment. Not only is it cool that we both have this connection but it adds validity to my story about Bruce. What a character! I´m originally from St. Paul but live in Colorado. Feel free to stay in touch.

Loving the south of Chile now and soon off for the last leg of my journey in Peru...